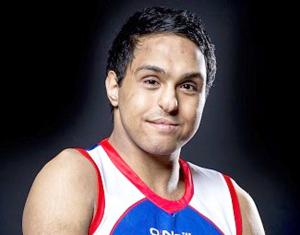 The event, which marks the culmination of the season, takes place at the Copper Box Arena from tomorrow to Monday.

Bhuta, who is one of the leading players in the Great Britain squad, plays for the Southport-based West Coast Crash.

He is recognised as one of the top talents in the country and was named the player of the tournament by fans at the Wheelchair Rugby World Championships in Odense.