A Sarpanch is an elected head (in few cases selected head) of a village-level institution known as Gram Panchayat (Village governing Body/Village Panchayat) in India. New Sarpanch elected after completion of every five years by the people of the village. The Sarpanch, with other elected members (Panchs), constitute the Gram Panchayat. The Sarpanch is the focal point of contact between government officers and the village community. Gram Panchayat is one of the oldest forms of Village governing body in India. Before, there were only five members of Village Panchayat. Sar, meaning head and panch meaning five, gives the meaning head of the five decision-makers of the gram panchayat of the village. Now, the number of members depends on the population of Village.

Tankaria Panchayat got Award for the Second Rank in the Bharuch Taluka. Date:16/11/2011. 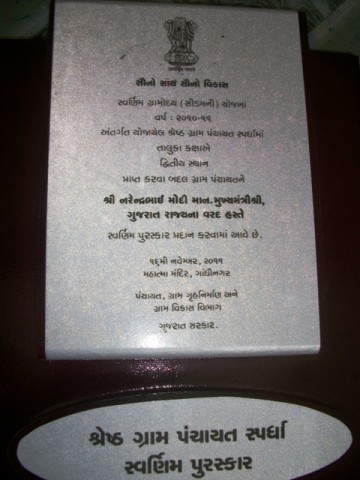 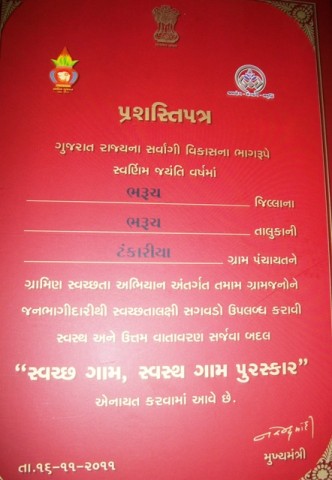